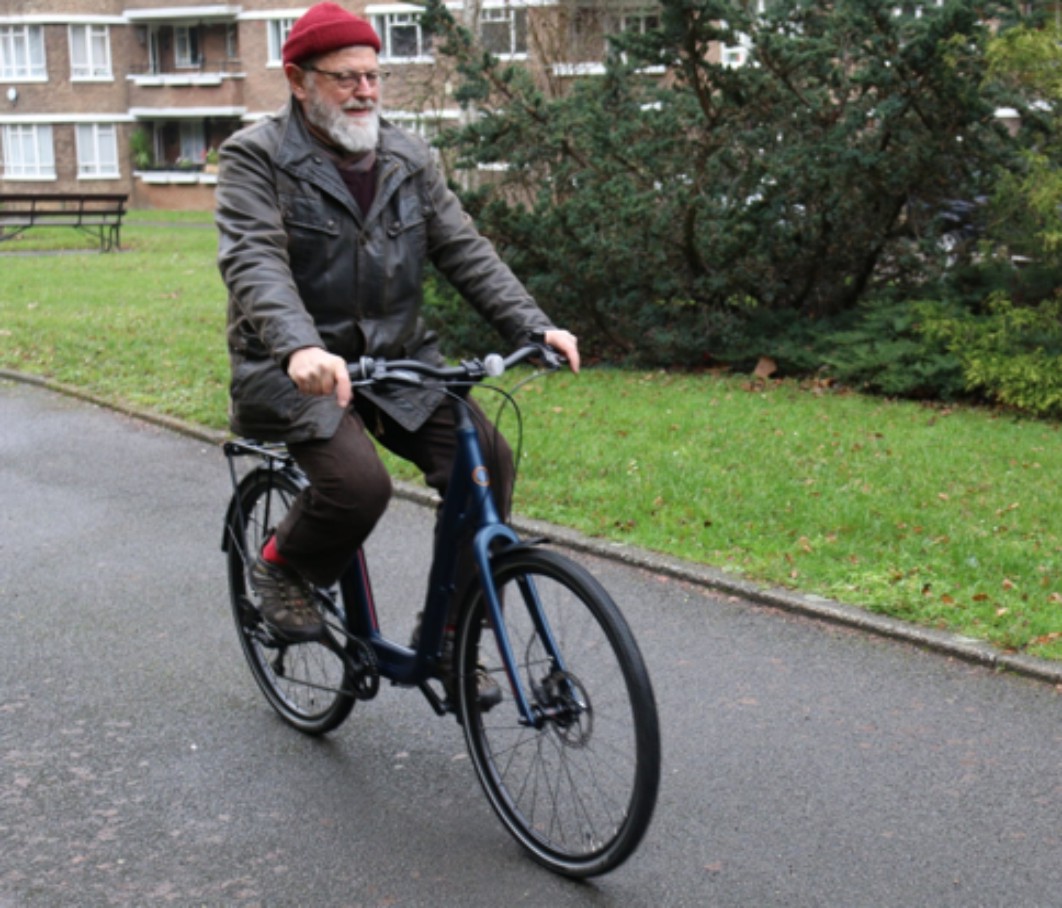 ISLABIKES made a name for itself with children’s bicycles – now it wants to get grandparents riding.

The Shropshire-based company, has created a range of bikes aimed specifically for riders aged 65 or more, seeking to use its experience in shrinking and adapting components for little hands to create bikes suited to the reduced flexibility and muscular strength of older age.

The bikes feature easy-to-mount frames, with low gears for hills and other tweaks – for example, tyres that are easy to take off in the event of a puncture even for people with reduced grip strength.

Isla Rowntree, the firm’s eponymous founder and boss, says she has grander ambitions: challenging the stereotype of advanced age being little more than a gradualchronology of decrepitude.

As such, she has insisted that any advertising images for the bikes will show people who are not only 65 and above, but – unlike the case for many products aimed at such age groups – very obviously look like they are.

Redefining old age might seem a slight over-reach for a relatively niche bicycle company, but Rowntree styles herself as a campaigner as well as a business woman.

A vehement advocate for better everyday cycling infrastructure, Rowntree  is also a passionate environmentalist. One company project involves trying to make zero-waste children’s bikes that are rented rather than bought, and returned to the firm for refurbishment once the rider has outgrown the model.

Islabikes came about after friends and relatives asked their resident cycling expert – Rowntree is a former UK cyclocross champion – for advice on bikes for young children, and she found most of them  were cumbersome, weighty and poorly designed.

The new range had a similar genesis. Rowntree observed how her parents, who are “keen recreational cyclists” in their mid-70s and live next door to her in Ludlow, began to have difficulties using their existing bikes.

While their fitness remained good, their muscular strength had declined, she says, making low bike weight and a big range of gears important: “For the last few years, whenever I’ve changed a part on my mother’s bike, every time she’ll ask me: ‘Is it heavier than the bit you’ve taken off?’ It never was, but that was her concern.

“It’s the same with gears – if you give them a low enough bottom gear they’ll winch their way up just about anything, but they don’t have the muscular strength to heave it up. All this isn’t rocket science, but it makes so much difference.”

The three-bike range is primarily aimed at people who already enjoy cycling, and thus have price tags that might startle novices or dabblers. The cheapest, an everyday bike called the Joni – they all have baby boomer-referencing names – is £800, while the lighter and more sophisticated Janis, for road riding, and Jimi, a mountain bike, cost £1,200.

Many older cyclists use e-bikes, which provide pedalling assistance from a small electric motor. Rowntree says her range is intended for “people who want to ride under their own steam for as long as possible, and then might switch to an e-bike when they need to”.

For all the similarities in redesigning bikes for children and older people, there is one clear divergence: unlike young riders, adults generally have to brave the roads rather than happily pedalling through traffic-free parks or on pavements.

Faced by the Islabike Joni, Jeremy Adams, 76, is immediately struck – and impressed – by one aspect of the bike aimed at older riders.

“I’m pleased to see the complete absence of a crossbar,” he says, examining the low, step-through frame. “Apart from an artificial knee I also have a bit of arthritis on the hip, so raising my leg a full balletic lift would have been possible but definitely uncomfortable.”

While the bike is primarily aimed at older people who still ride, the retired museum curator from Lewes in East Sussex is a potentially tougher proposition to impress, confessing he last spent much time in the saddle about 20 years ago.

But after some time poking, prodding and then lifting up the machine – “It’s surprising light” – Adams sets off for a tryout and returns impressed, even with “a few hundred yards of fairly cautious riding” to get used to the responsive disc brakes, a type he had not used before. “It was great fun – I can’t remember enjoying a bicycle so much,” Adams says.